Good afternoon guitar friends, today we are going to be taking a look at the American Fender Telecaster. This is the longest-running electric guitar still in production, still plays just as well today as it did in the 1950s. The telecaster is known for its bright cutting tone and its straightforward, no-nonsense operation. For this reason, many players from all kinds of musical backgrounds, have thoroughly enjoyed what the telecaster has to offer.This particular guitar superceeded the American Special in 2018.

Country music is where the telecaster has seen the most consistent use with respect to genre. From Keith Richards to John 5, the Telecaster has been the guitar of choice for these individuals. John 5 has partnered with Fender to provide many signature models to suit his playing style which is far from country music.

Handcrafted in Corona, California, the Telecaster body was derived from the first body that Fender created called the broadcaster. The body has remained unchanged for the most part minus the higher-end series such as the Ultra which added the belly-cut for players comfort. It has an alder body and comes in 8 colours, Blue, Burst, green, red, and white which consists of four colours for the single coil option and four colours for the humbucker/single coil option.

Neck and Fret Board

The American Fender Telecaster Performer has a 9.5 radius fret board with a Modern C neck shape which is very comfortable for most genres. It has 22 jumbo frets and a satin finish neck for fast playing guitarists. The telecaster comes with two fret board options, maple or rosewood.

There are a few pick-up configurations, first being the double-tap humbucker and Yosemite single coil bridge pick-up. This produces a rich, expressive tone. The humbucker neck pick-up is controlled by a push/pull tone pot. When you pull the coil split on the tone button, you get a single coil sound like the original telecaster. It also has a grease-bucket tone circuitry to shape the highs without adding bass in order to preserve your sound. The Telecaster sounds twangy on the bridge and smooth using the neck pick-up. The bridge comes with brass barrel saddles which provides a fuller, smooth and more rounded tonal sound as appose to steel. 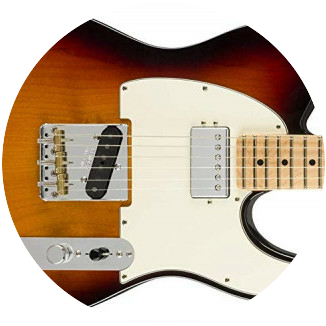 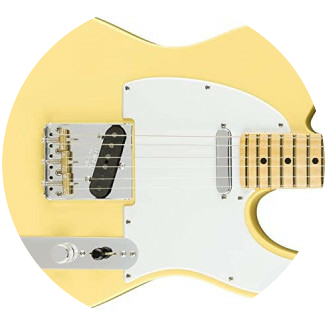 The American Fender Telecaster Performer series start at $1499 and goes up to $2499 for an ultra. The performer series is the lower of the American series line-up. It does not have all the bells and whistles that the higher-end models offer such as the Ultra series.

The American Fender Stratocaster Performer series is a great guitar with a lot of value. If you like more of the bluesy tones than the single coil option would do the trick but if you want more from the guitar the humbucker and single coil will bring you more chunky tones that many rock diehards will love. Either way, you can’t go wrong with either option. If it were up to me, I like the sounds of the humbucker/ single coil option. I believe it sounds better and gives you more options to choose from.

ABOUT THE AUTHOR Evan